You are here: Home / Lifestyle / D’versions: Tower of Babble 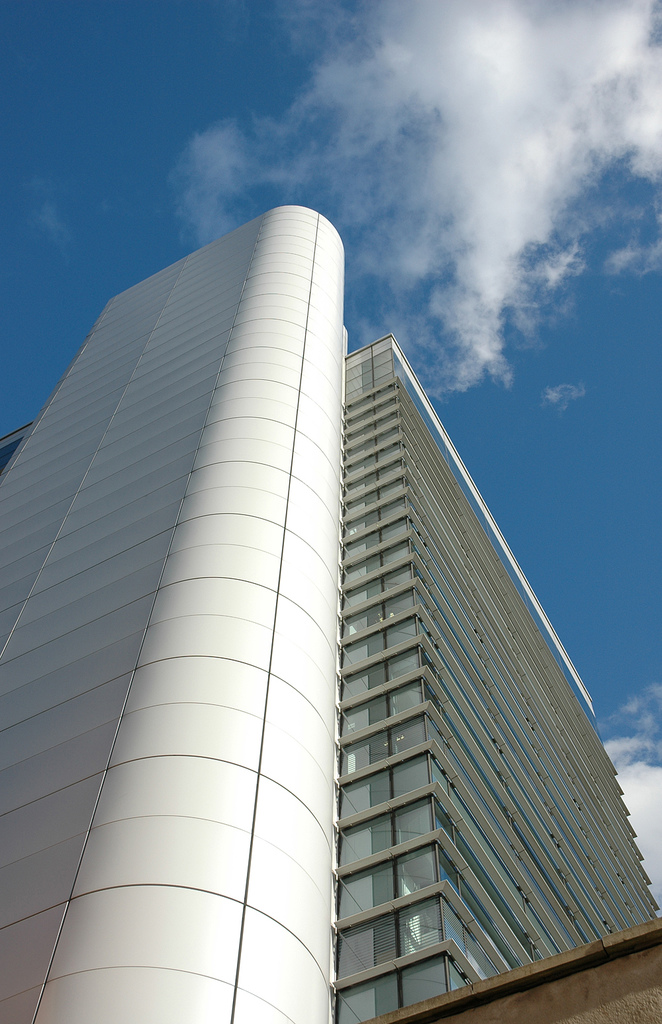 As certain words diversify and grow with the popular culture they are sending a message to future generations that it is okay to be considered a certain way; it is simply a fact of life as much as it is a part of our daily conversation. Starting from modest to bold we shall follow along the path of growth and development of four such words; “hunk”, “flirt”, “pimp” and “slut.” All babble perhaps, but none-the-less pivotal to the shaping, development and creation of today’s society and values.

The word “Hunk”, which has become quite a modest word to today’s standards, had a particularly interesting introduction to the English language in the 18th century as a “giant slab of (something).” Over the next century, the word hunk turned into reference for a “slow moving dumb guy,” and finally completed its path as an “attractive, muscular dumb guy.” Okay, okay, so perhaps they’re not all dumb; but that’s how some women like them I hear (no accounting for taste).

With such a vast history of definitions over a relatively short period of time, I would dare say that the word hunk has not yet completed its transformation. In fact, I have already heard it referenced towards a “male endowed with a giant slab (a.k.a. manhood)”. So it would thus appear that it might be perhaps going back to its original form; with that of a slightly different twist. But rest assured; he’s probably still dumb…

The word “Flirt” when used today can be either a good or bad thing depending on whether or not we are the object of its attention and the particular success rate within its actions. In the 15th century to flirt meant to “sneer, scoff, or snub someone;” then in the 16th century it became known as a way of “moving sneakily and/or in a jerky fashion.” Today it is known as a “casual, fleeting, sexual advance or invitation designed to get the attention of a person of interest.”

So, it would thus appear that this particular word began as a person who is completely full of themselves, moved to that of a masquerading, uncoordinated jerk; then continued onto the infamous, immortal, immoral two-timer that we all know and (sometimes unfortunately) love. The funny part about this particular point of babble; is while the definitions have changed over the years, if you really think about it, this one hasn’t changed much at all. These definitions are just all just different ways of describing the exact same irritating person; no offense to those who pride themselves amongst its description. I just call them as I see them!

Following down the line we come to a few more words that were once thought of negatively but are slowly becoming descriptions of pride and character. Who would have ever thought that a pimp would ever be an icon to envy; but today it is becoming just that. This word may have a rather short history, but its level of change over these last few years make it all the more impressive; or I should rather say frightening.

A “pimp,” once known as the often abusive manager of a prostitute, became known in the 1970’s as a “lively ladies man.” The ladies man version of course still manages women, but more for his own pleasure. Today, pimp is an attitude, a style, an entire subculture of its own. You can’t even turn on the television anymore without someone “pimping” something. And the general rule is that once it has been pimped it is supposed to be 10 times better than the original… no matter how tacky and ugly it may actually look to the untrained pimpin’ eye!

Getting a bit bolder among the underbelly of the history of language we find the word “slut.” Slut can be traced back as far as 14th century Middle English, when it was thought to be a “dirty and untidy woman.” The great author and poet Geoffrey Chaucer of the Canterbury Tales used this word to describe dirty unkempt men; so it could be said that in the beginning of its existence there were no hard and fast gender specific rules to it.

From this point on the word became more demeaning and descriptive; referred itself to kitchen maids and other female service providers of the like. The 19th century saw transference of the word to a modest euphemism for female dogs, instead of the much bolder, “B” with an “itch,” and this is probably where the word really took a turn for the worse. Today, it is defined “as a sexually loose woman that is more promiscuous than deemed acceptable.” They have to say this of course because some promiscuity it considered perfectly acceptable in today’s world of pimp daddy’s and ho slut’s.

But what I really want to talk about today is its current use as a term of endearment for women. It is not necessarily a bad thing to be a slut anymore; it just all depends on how it is being used and who’s the person saying it. Instead of meeting and exclaiming “Hi girl,” young girls today often express friendship with a hearty “Hi slut!” It wasn’t that long ago that such a greeting would have ended in a drag out scratch and claw cat fight; but not necessarily anymore.

I say to all this, “Whoa!” Does anybody else see something very wrong here? As a society we need to be very careful about what words we decide to glorify. Their original meanings never die, they just transform over to the next definition leaving pieces of its former existence. So it is clear to me that if we actually continue at this pace, I fear who our next batch of childhood hero’s are going to be; especially when the ones of today are such characters as Brittany Spears, Snoop Dog, Paris Hilton and 50 Cent… Um yeah, looks like its time to take out the trash from this past year, and I’m thinking we’re going to need a few extra bags for this upcoming one!