You are here: Home / Automotive / D’versions: Motor Madness, The Future of Motion 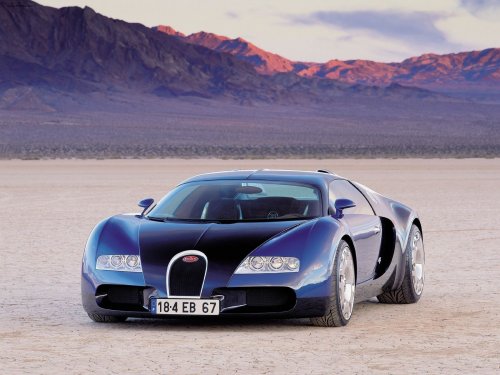 What was the defining moment that first began our love of motion? During the fleeing of a blood thirsty Tyrannosaurus Rex or the flirtatious cave-mating skip turned all out sprint to escape the advances of an ugly caveman. Perhaps it begins during our friendly competition for life as a tiny sperm with an organic 289 cubic inch short block, hemi four-speed running on high sugar octane fuel. To be sure, the first automobile race held in Chicago in 1895 was a big factor in the fast and furious mentality that we see today.

In 1885, “fast and furious” was considered to be just over 7 mph; something most kids can achieve today on a souped up go-cart or runaway tricycle! Today, the Barabus TKR is challenging the Bugatti Veyron as the fastest car with its impressive 1005 horsepower twin-turbocharged 6.0 liter V-8. These numbers supposedly can propel the TKR to 60 mph in just under 1.7 seconds and hit a top speed of 270—nearly 20 over the Veyron. But whichever automobile you want to claim as the fastest, we are talking an impressive increase of over 250 mph in a production car over the past 100 years. This brings tingles to the spine just thinking about what the next 100 years could produce. 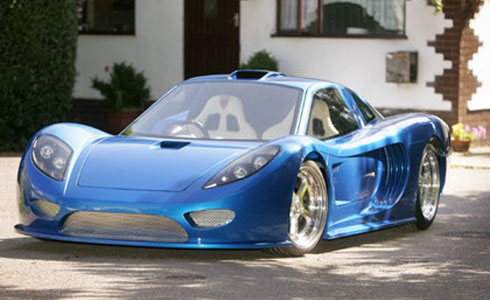 I’m already setting up my contacts for Gerital and Viagra (okay, so the Viagra is to pass the time more enjoyably) in hopes of living the extra years to plant my withered rear-end in whatever we come up with. But, whoa there my future leather skinned space cowboy, you better hold your automatronic, biologically engineered horses for a minute. With an average yearly cost of $9,000 for your typical $12,000 shoebox econo-wagon according to AAA studies, what will it be in the year 2107 for a world-class super car? Designers are saying that lean, fast and flexible are going to be the automobile of the future. So if flexible is referring to how far we’ll be flexing the mighty dollar rather than flexing disposable door skins, I might not have to develop the cure for baldness just to test drive one after all.

Interestingly, in our future, we might just see the re-emergence of “stick” steering according to recent photos of the Mercedes SCL600. This is not a first for this design. Back in 1905 the Autocar came complete with a “tiller” steering mechanism. Much like steering a fishing boat, the driver would maneuver the tiller stick from side to side in order to steer the vehicle. The new Mercedes is thus much far advanced to this primitive engineering but still offers the same lack-luster video game approach to driving that will bury the dreams of us high school drag racers who still reminisce of one hand on a leather wrapped Ricaro racing wheel and the other on a pistol grip shifter. For 2107 it will be one hand on the joystick and the other up the nose. But I am sure that I am simply showing signs of minor hostility and disappointment to the later generations that have learned to do almost everything with their fingers and two imposable thumbs!

I may be lazy, but I still want to drive my car using my whole body; my feet, legs, arms, hands and brain. But thanks to technology, motion will soon become a calculated and statistical response rather than a purposeful and cognitive one. We are talking automated parking, lane change warning systems and self applied braking systems that can detect when traffic slows. It won’t be too long before we can’t even scratch our own rear-ends without a robot beating us to it. At least we still have roller coasters and there is not much that can be taken away from us there. For those who have ever complained of their eminent danger, might I offer the praise from a friend of a shell shocked veteran who tells the story of a veteran who hadn’t spoken a word for six years. He accompanied his friend on the Coney Island Cyclone and upon exiting, staggered off into restroom mumbling “I feel sick.” Not to mention that if you are ever short on Christmas gifts, the underside of such roller coasters makes a dandy spot to find wallets, change, brassieres, glass eyes, false teeth and even fake arms and legs.

The two fastest roller coasters in America run at about 80 mph and both reach for the heavens at 250 ft into the sky. These are the Steel Force in Dorney Park and the Desperado at the Buffalo Hills Resort in Las Vegas, Nevada. The Desperado is said to tug at its riders guts with about four Gs. Keep in mind that many fighter pilots can experience a gray-out at about six Gs. This is enough force to transform the average riders hot dog, cotton candy and soda pop content into airborne projectiles within the first few seconds of descent. It is not necessarily the amount of Gs that makes the ride, but the rise and fall of g-force. Just ask any NASA trainee that has experienced the weightless zero g-force feeling on-board the U.S. “Vomit comet”, or as NASA understandably prefers, the Weightless Wonder. Some people like the feel of altering motion of roller coasters, others prefer the steady pull, while the rest of us find the most pleasure in watching the grimace faced coaster patrons waddle out in a desperate search for the nearest bathroom facilities.

Humans have been obsessed with motion for so long now, that most of us can’t even sit still without tousling an ankle or twitching a finger. We have been pumping our kids with so much Ritalin while at the same time taking them monster truck rallies, jet car races and every Fast and Furious movie from A to Z. Has anyone stopped to think that people are adapting just as fast and furious as the rest of our ingenious creations of technology. In effect, the whole world is moving and developing quicker than it ever has. Our kids are reaching sexual maturity quicker, technology is advancing faster than human cognition and male channel surfing has become an anomaly for even still-time photography to keep up with. To all this, I say stop for a brief second; look around you. Is it you that is passing before the world or the world passing before you?

Life is not a race and the finish line is not always for the winner. Beginnings are frightening, endings are sad; it is what our life with substance is in between these moments, which grace our spirits with happiness of reflection. The next revelation of motion for human advancement will not be how much faster we can sail through time and space, but at what point is the motion we enjoy simply a means to an end rather than the beginning of an adventure? At what point can we saturate the speed of motion with quality of life and see that it is in fact the exhilaration of change that is what truly “moves” us? So go ahead and slip into that new Mustang Shelby 500. You only live once (according to some beliefs) and what better way to pass the time than moving at speeds faster than the earth itself can evolve!