You are here: Home / Relationships / 7 Deadly Sins of Dating

Dating can become treacherous ground when you are riding the line between friendship and intimacy. We want to be so many things to everyone, but sometimes the best policy is to be honest with yourself about who you are, and what you are looking for in a partner. If you have to commit any of these seven deadly sins in order to maintain a relationship, chances are the relationship is not worth committing to. 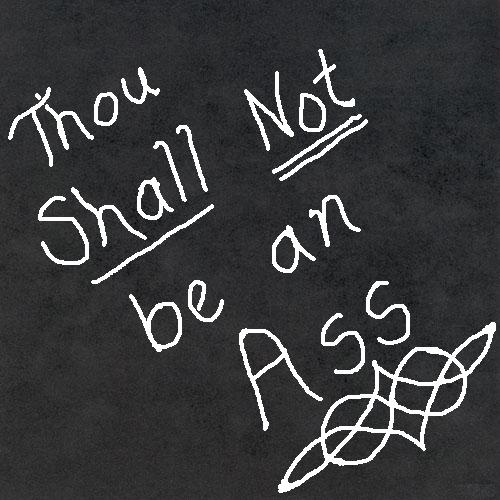 1. Lust: Thou Shall Not Rush Into Sex
Sex is a fundamental desire in an intimate relationship, but rushing into sex too soon can undermine true intimacy, replacing it with lust. A worthy man does not need to have sex within the first few dates. He may be thinking about it, and if you allow him certain advantages, he may certainly take initiative, but in truth, he is probably more enthralled with the chase than the reward. If you give away all your treasure and mystery before he’s had to work for it, he could quickly lose interest, pursuing his interests elsewhere. As in most things in life, the more you have to work for something, the more you will appreciate it once it’s yours.

2. Pride: Thou Shall Not Change the Man/Woman
Pride has many faults, such as desiring perfection in ourselves and our mate. But one of the worst things you can do in this pursuit, is to assume that you can change a man into everything you ever wanted. Men, are fundamentally who they are. They may want to change, they may tell you they can change, but in general you should assume what you see, is what get. The only caveat, is to know when you’re being overly picky. While it may be annoying that he snorts when laughing at old reruns of Seinfeld, and can’t give a decent massage to save his life, is that just cause for throwing away a potentially, very satisfying relationship?

3. Greed: Thou Shall Not Expect Too Much Early On
One of the worst parts of dating is all the waiting. Does he like me? Are we dating, or just hanging out? Does he want children? Which way does he put the toilet paper on the roll? While all these questions maybe important down the road, they are certainly not important enough to be answered within the first few dates. A budding relationship should allow itself to unfold in due time, without forcing things. Take everything in stride, and focus on enjoying yourself and the company. Don’t open your true feelings up too fast, or expect him to do the same. Most men prefer the mystery in getting to know you.

4. Gluttony: Too Much of a Good Thing is also Called, Smothering
Like the old saying, If you hold a butterfly too tightly, it will crush. Some relationships start off smothering each other with love. There are fundamentally two kinds of relationships, passionate  and romantic. The passionate relationship is defined by lust, infatuation, and the jealousy associated with being apart. These relationships are never as happy as they could be, as it is hard to enjoy love when you are constantly in a state of panic. A Romantic relationship, by comparison, is every bit as passionate, but the relationship is based more on trust and security, than an obsession. Relax and enjoy each other, don’t smother!

5. Wrath: Thou Shall Not Allow Anger/Distrust to Filter Across from Past Relationships
Expecting all men to be like your last couple ex’s is a recipe for disaster. Relationships can be a dangerous business for our heart, but true love can never be achieved without sharing yourself openly with a potential soulmate. This is the catch 22 of all relationships, as in order for them to prosper, we must start each one on a fresh slate, which means assuming each person is ‘not guilty’ of all accounts of bad relationship practice (until proven otherwise). This puts ourselves in the position of possibly one day becoming hurt, but at the same time, distrusting and snooping around without just cause, scares away those worthy suitors, just as frequently as the unworthy.

6. Envy: Be Yourself’
Just because one person is all that and a bucket of cheese puffs in one persons eyes, doesn’t mean that they will be the same caliber in another person’s. Stay clear of love interests who like to compare you with their ex’s, offering advice on how to become more of what they prefer in a mate. A relationship is not all about what you can do for them, but also what they can do for you. Never neglect your own needs, trying to meet those of someone else. If you don’t feel like one of the most beautiful and appreciated people on the entire planet each time you’re together, you’re probably never going to.

7. Sloth: Thou Shall Not Fake Orgasms
Faking an orgasm seems a lot easier than dealing with the potentially uncomfortable position of telling a man his motions in the ocean are not quite rocking your boat. Make no mistake about it, faking an orgasm early in a relationship will only cause more confusion and hurt feelings later on. What’s he to say when you tell him on the day of your tenth anniversary, that all his old moves are just not going to cut it anymore. It is more difficult to teach an old dog new tricks. You’ve got to train them early, girls!