You are here: Home / Automotive / Kestrel, The Electric Cannabis Car 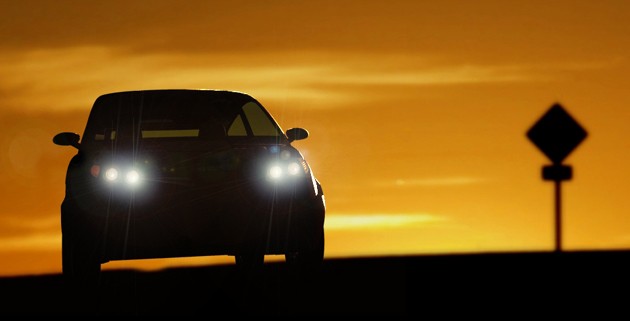 The teaser photo of the Canadian-built Kestrel, shows it lurking in the early morning shadows with glazed headlights, perhaps a bitter taste within it’s front grille, and probably a hell of a case of the munchies

The Kestrel (a.k.a. Cannabis or Hemp Car) has been designed to revolutionize the electric car market, using industrial hemp composite (won’t make you high) to mold the outside of the vehicle, rather than steel or fiberglass. What exactly are the benefits of a vehicle made from hemp-based materials? Well, it’s light, flexible (bounces back into shape), strong, and is a cheap resource to grow (less water and pesticides) and synthesize.

It’s nothing new that hemp fiber has certain properties that make it a perfect base for automotive applications, but this is one of the first times in history it has a chance to make it into mainstream vehicle production. Henry Ford built a car shell out of hemp back in 1941, but steel was by far the preferred material back then, so he chose not to rock the boat.

With today’s green movement in force, buyers are not only open to electric motors, but also new materials not previously used in the mainstream production. The Kestrel has had its hemp composite body shell put through crash testing, and the results were well within current automotive safety margins.

The Kestrel will be unveiled in Toronto this year, with its first commercial models coming out sometime within the next year. Powered by electric motors, the Kestrel will surpass NEV (Neighborhood Electric Vehicle) 35 mph standards, featuring a top speed of 56 mph. It is also expected to cover 100 miles per overnight charge, which is well within current daily commuting averages, even in the wide open spaces of Canada.

Of course, having a vehicle made of hemp has left itself wide open to a slew of jokes, which comedian/talk show host, George Lopez, has already made a Thursday evening monologue out of.

“A company in Canada is making a car completely out of cannabis. It goes from zero to 60 in three hours. It tops out at 420. 420! That – 420 – is my membership number at my golf club. I don’t golf, I just joined for the number. Good luck remembering where you parked your car. And it pulls right over to the drive-thru all by itself. If you have this car made completely of cannabis be careful, because Snoop burned his lip on the tailpipe. If you’re concerned about the environment, don’t worry, it’s a hybrid… half Cheech, half Chong. The GPS sounds like Cheech. When you take it to a mechanic, he’s gonna say, I know the problem. The whole bong’s gotta come out. Can’t we just change the water?‘ Nope.”

(Story and Photo via Reuters)