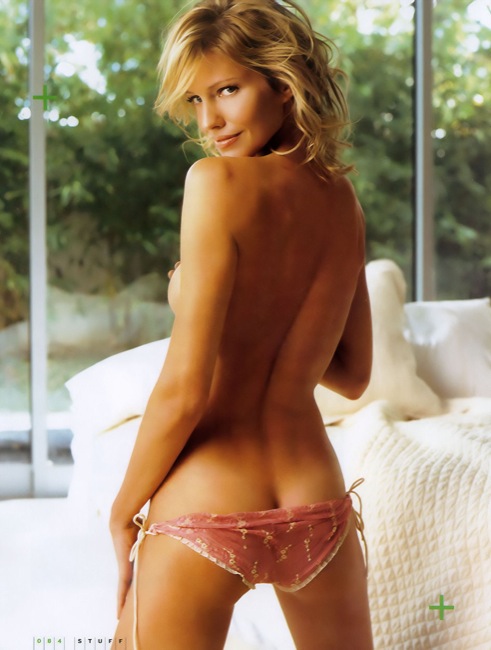 Unless you’ve spent the past ten years with your head planted in the back of a turnip truck, you’ve probably seen this beauty in action at least somewhere. If not on the big screen, then perhaps in the magazines, on advertising billboards, or on the multiple talk shows she has appeared on. She is quickly becoming one of the most “unknown” leading ladies in Hollywood.

We say unknown, as while Tricia has enjoyed supermodel status, movies, and television series roles, her name is still relatively a mystery in many circles. Perhaps it is her down home “girl next door” personality that keys her in below the daily escapades of some other tabloid princesses prancing around. But that is okay with us, as there are still plenty of great things to come from this little girl and she has only just begun her rise to stardom. She is actually quite surprised by her success level and chooses to hold her spotlight with grace and a certain element of mystery.

Of course every girl next door needs just enough bad mixed in with the good to keep the cobwebs off of their hooters and Playboy has made darn sure of that. In fact, we can’t recall much of anything getting in the way of her gorgeous breasts in her February 2007 debut. The photos turned out gorgeous and were actually as tasteful as any other bare butt baby picture you’ve ever seen, except considering this babe is thirty years her own senior, they will probably not be a welcome edition to the family album.

Speaking of the family, they were all brought in on the decision for her to do the Playboy layout. Her Mom, Dad, and husband were 100% behind her and supportive all the way, as were most of her loyal and faithful male fans. Tricia wanted to make sure that her immediate family would be okay with it and that it wouldn’t spoil Christmas every year. You know, the kind of thing where Uncle Dave drags out the Playboy spread every year at the dinner table, while Aunt Betty storms out of the house with her curlers and pumpkin pie.

And yes, you heard me right, she has a husband and he is just a regular guy as you and me. She didn’t meet him during a film, he is not a celebrity hairdresser, race car driver, or prince from England, he is Johnathon Marshal, a lawyer she met while at a mutual friend’s birthday party. While her career keeps them apart much of the time, she publicly praises him and their close and playful relationship. So, just keep dreaming guys, perhaps your chance at a supermodel actress girlfriend is just around the next farmers market or sci-fi convention. 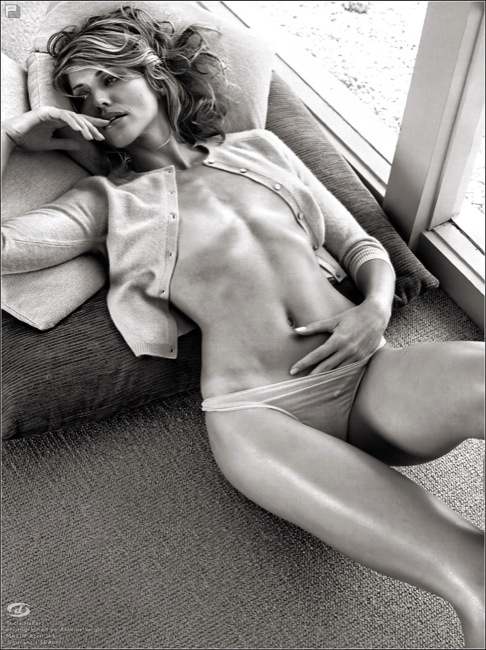 If ever there was a poster girl to represent the product of farm raised goodness, Tricia Helfer would probably be one of our choice selects. She grew up on a small farm in Alberta, Canada, where she was changing tires and driving tractors into ditches long before trying to annihilate humanoids on the television show, Battlestar Galactica.

So how did this little country cutie become the next hottest thing out of Canada beyond Elisha Cuthbert? Well, she went to a movie. Actually, she was standing in line for the movie when Kelly Streitwhile, a local model agent, picked her out of the lineup and destined her for greatness. It was the year 1992, at the tender age of eighteen when she won the Ford ‘Supermodel of the World’ contest and Elite Model Management offered her a contract.

From this point on, Tricia became synonymous with the likes of such designers as Ralph Lauren, Giorgio Armani, Christian Dior, John Galliano and Dolce & Gabbana. She appeared in Flare, ELLE, Vogue, Cosmopolitan, Marie Claire, Maxim, and today, hopefully one of her greater honors, your very own Spring Edition of Urban Male Magazine.

She was one one of our most carefully guarded secrets until she moved to Los Angeles in 2002 to begin her acting career. Starting with two episodes of Jeremiah, one CSI: Crime Scene Investigation, and the film White Rush, she slowly worked her way down to the path of the character, Number Six, the sexy cyborg (a.k.a. Cylon) of the new generation Battlestar Galactica. Nobody would have ever guessed what a success the show would become, considering the corny origins of the original 1970’s series. But it did, and Tricia can be found every week in a new episode of the final and fourth season through the tail end of this summer.

Tricia is a bit sensitive about her character role as Number Six. She finds it hard to be called “evil” by her fans and have her costume and wig criticized. She insists in most of her interviews that she is actually a good character, even though it may not appear so on the surface. She has actually spent many a night on the Internet reading over fans comments on her character and stirring over about it. It has gotten to the point where her husband teasingly forbids her from using the computer some nights just to keep her from getting her feelings hurt.

Fear not Tricia, we love you!

Tricia has proven herself over these short couple of years as a very convincing and capable leading lady. She is so much more than just a pretty face with great breasts… and yes dear fans, they are real and they are definitely spectacular! But don’t just take our word for it—have a gander for yourselves! 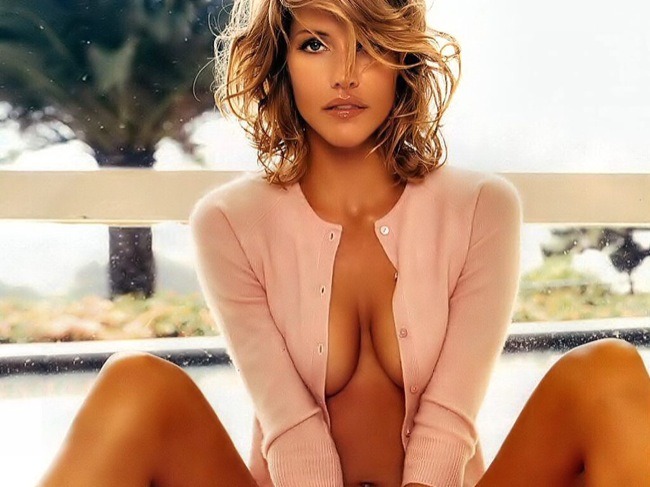