You are here: Home / Entertainment / Warning!!! 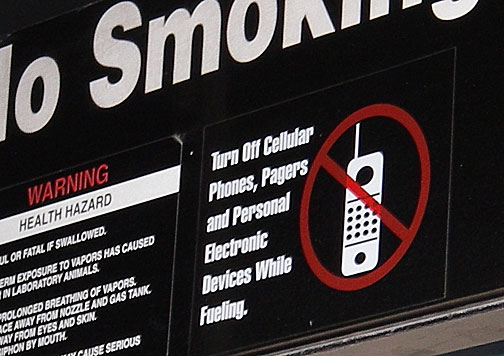 The Surgeon General has found that cell phones may be hazardous to your health, including phones that are held near your brain, found nearby while sleeping, ingested, lit on fire, leaped on with bare feet, in use while filling your gas tank, and typed on while crossing a busy street.

If cell phones are so dangerous, they should take them away along with the rest of the cap guns, fireworks, and sparkle sticks.  It won’t be long before we’re smuggling flatulence over the borders just to celebrate the 4th of July.  You bring the beans… I’ll supply the matches!